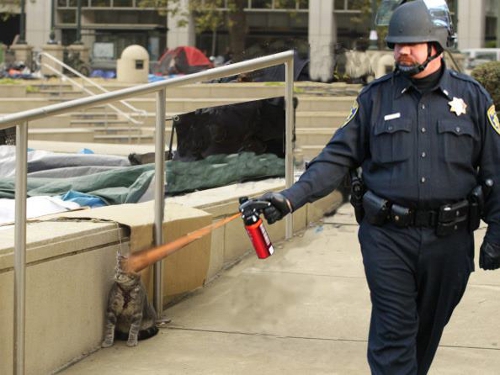 See more on Know Your Meme

If there is still such a thing as an English Lit. class in 30 years, I feel quite sure the students will hate “Infinite Jest” as much as I hate Joyce’s “Ulysses.” First, just because they are made to read it and, second, because the entire aim of an English Lit. prof, as far as I can tell, is to squeeze any and all enjoyment out of the reading of a work of fiction. And always always always to choose the most impregnable works for the class to read. No, I do not mean “impenetrable”, I mean “impregnable” because these are works of fiction in which there are precisely zero interstices from which to squeeze an iota of enjoyment. I might have become an English Lit prof myself at one time in my life, but I simply did not have the heart to make reading such drudgery for another human heart. I became a lawyer and squeezed all the enjoyment of life out of my own existence as well as others in quite another way.

As Vonnegut would have it, “tra la”.

After long absence, I went to the Red Cup the other day. When I told MCARP over coffee of this foray, he said the Red Cup is where you go to fit in because you don’t fit in anyplace else. In all events, I saw The Gary, who chided me about not blogging, which pissed me off because it was true. I had just seen the movie “Drive”, which The Gary liked and I loathed. In the first hour of the film, an entirely stonefaced Ryan Goslin slogs through a complete absence of any action or character development with nothing more than about 10 lines of monosyllabic responses, all drizzled over with the floor sweepings of Michael Mann’s helicopter shots of Los Angeles left over from “Collateral”. In the next part of the movie, Albert Brooks portrays a bumbling mohel who goes Tarantino and my biggest surprise was that he didn’t break into any part of the libretto of “Sweeny Todd”. All in all, Luc Bresson should sue for the theft of his “Transporter” character, portrayed with brio by Jason Stratham. By contrast, I did rather like “Contagion”, if only because no one can resist enjoying the gruesome death of Gwyneth Paltrow. If I refuse to shake your hand, it’s as a result of this film; at “fin”, I went immediately to the store and bought $76.34 worth of hand sanitizer. Can we spell “hypochondria” boys and girls? Sure we can.

But, as Montaigne remarked, what do I know?

I’m also told I should be spouting off about politics. Perhaps so, but it’s 14 months until the next election and this is when I am supposed to be observing with bemused detachment. The fact that the Republican party has devolved from George H.W. Bush to George W. Bush to Rick Perry should be all anyone need know. I’m reminded that Churchill said that democracy is the worst form of government except for all the others. Likewise, Obama may be the worst presidential candidate except for all the others. The thought that there is some remote possibility we will all be subjected to a televised Zombie W for four years is far more frightening than “Contagion” I should think. This week, I wasn’t quite fast enough with the remote and saw the first few seconds of a little-known Fox opinion show called “The Five” during which the Wall Street villain host used the term “comrade Obama” and I was appalled beyond comprehension until later in the day when I learned Grover Norquist had compared the president’s tax proposals to Stalin’s genocidal persecution of the Kulaks. How does one make rational sense of a political party that makes creationism and climate change denial part of their political platform? How does a center right Obama become Stalin? Jabberwocky! Lunatic ravings cannot be parsed and if they could, why would you want to do so? We no longer need political commentary, we need one of those FBI profilers of serial killers as in “Silence of the Lambs”. I say that advisedly since the GOP audience was so quick to applaud the revenge killings of 234 humans by Gov. Perry. Civilized countries abandon the death penalty but in Texas they create Death Row express lanes. Kill the innocent Todd Willingham? As the man said of Gov. Perry, “it takes balls to execute an innocent man.” The governor says he’s not lost a moment’s sleep over any of this. What more is there to say?

So, there you have it. I’ve ceased to blog because I have nothing intelligible to say on any topic. I now confine myself to Twitter, which has become my major minor medium. One needs no more than 140 characters to say “WTF?” repeatedly.

CORRECTION: Donn at Prohibition Room texts me to say they will not have Jazz Jam on the 4th this month, but will continue to have it through this month and will be open at the Gold Dome throughout July. Sorry for the misinformation.